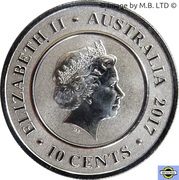 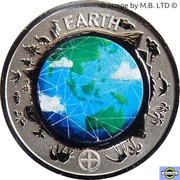 This particular 10 Cent coin represents Earth the 3rd Planet and has the Planetary Symbol for Earth on the reverse surrounded by Topographic, Landscape, Animal & Vegetation features of the planet.