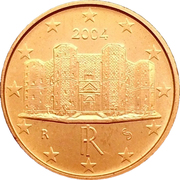 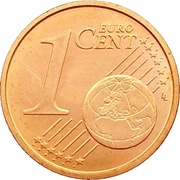 The Castel del Monte, a 13th-century castle situated in the Apulia region of southeast Italy with the mintmark, the monogram RI of the Italian Republic, and the initial of the author below and the 12 five-pointed stars representing the European Union around the rim 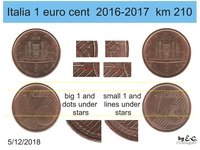