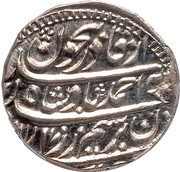 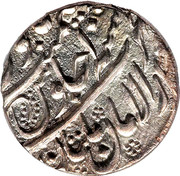 Ahmad Shāh Durrānī (c. 1722 – 16 October 1772) (Pashto: احمد شاه دراني), also known as Ahmad Khān Abdālī (Pashto, Dari, Arabic, Urdu: احمد خان ابدالي), was the founder of the Durrani Empire and is regarded as the founder of the modern state of Afghanistan. He began his career by enlisting as a young soldier in the military of the Afsharid kingdom and quickly rose to become a commander of the Abdali Regiment, a cavalry of four thousand Abdali Pashtun soldiers.
After the assassination of Nader Shah Afshar in 1747, Ahmad Shah Durrani was chosen as King of Afghanistan. Rallying his Afghan tribes and allies, he pushed east towards the Mughal and the Maratha empires of India, west towards the disintegrating Afsharid Empire of Persia, and north toward the Khanate of Bukhara. Within a few years, he extended his control from Khorasan in the west to Kashmir and North India in the east, and from the Amu Darya in the north to the Arabian Sea in the south