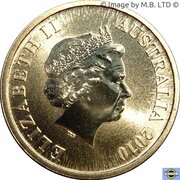 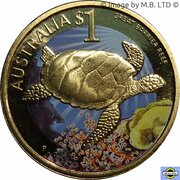 A Sea Turtle set in front of a colourised marine background.

Part of a set of World Heritage Sites Aluminium-bronze coloured coins issued by the Perth Mint. All coins were issued in a coincard.