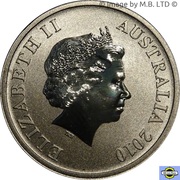 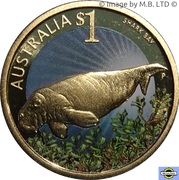 A Dugong Sea Cow set in front of a multicolor underwater background.