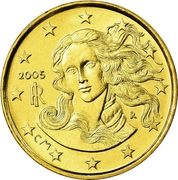 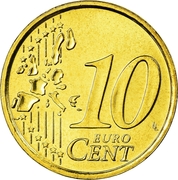 A detail of the "Birth of Venus", a tableau painted by Sandro Botticelli circa 1485, is encircled by the twelve stars of Europe. On the left the date and the monogram of Italian Republic. The mint mark is at right, between the hair and the neck. Author's initials are below Venus, on the left. 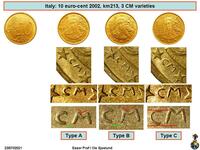