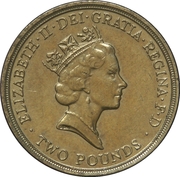 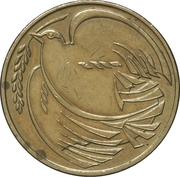 50th anniversary of the end of World War II

Despite being produced in their millions and being available at face value from most post offices and banks, the ordinary business strike was a Royal Mint commemorative issue and not intended for general circulation.

Issued as part of the Annual Coin Sets for 1995, in both Brilliant Uncirculated (105,647 sales) & Proof versions.  The coin was also issued in BU individual packs (no sales data) as well as being also struck in silver proof, silver piedfort and gold proof. 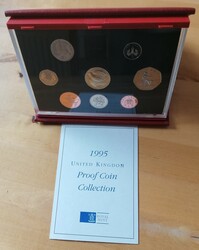