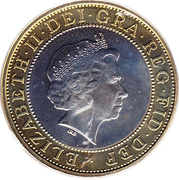 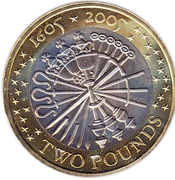 A circular arrangement of the symbols of state the mace, crosier and sword, dates and denomination around.