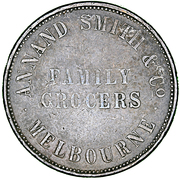 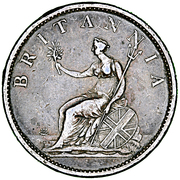 Last token / coin minted at the Soho Mint in Birmingham England.  Later versions were minted by Heaton & Son.  Later issue can be identified by the initials on the rock on which Britannia is seated.