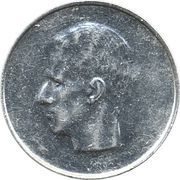 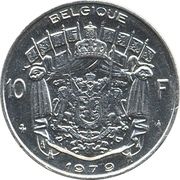 The portrait of Baudouin I facing left, designer below

Coat of arms of Belgium dividing value. Legend in French above, date below. On either side privy and mint mark.