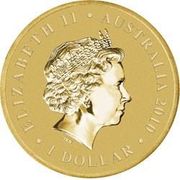 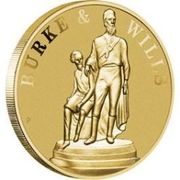 The 150th anniversary of Burke and Wills’ intrepid expedition

The Perth Mint has created an Australian $1 coin for exclusive inclusion in Australia Post’s Stamp and Coin Cover marking the 150th anniversary of Burke and Wills’ intrepid expedition, which left Melbourne for the Gulf of Carpentaria in August 1860.  The first European settlers to cross the Australian continent from south to north, the heroes’ remarkable accomplishment turned to tragedy, however, when they perished on the return leg.