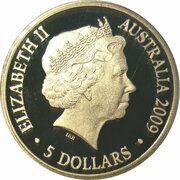 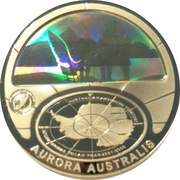 A special hologram inset reflects the changing colours of the Aurora Australis above a map of Antarctica with a logo of the International Polar Year on the left of the coin half way down.