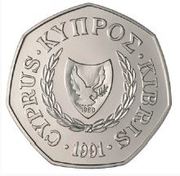 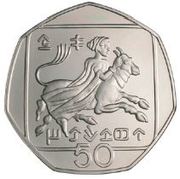 The coat of arms of the Republic of Cyprus (a dove holding an olive twig, the independence year 1960, laurel twigs around).
Country name in English, Greek, and Turkish.

A composition based on a 4th century BC coin of the Cypriot Kingdom of Marion depicting the abduction of Europa by Zeus transfigurated into a bull.
"King Timocharis" written in Cypriot syllabary (characters not supported here).

There are several official sets issued for these coins
Set of coins in brilliant uncirculated(BU) condition, 1994 issue, in a brochure. 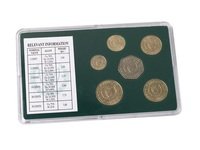 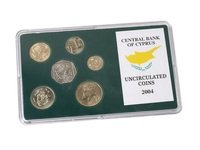 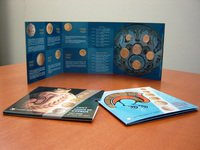 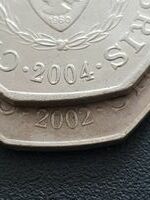