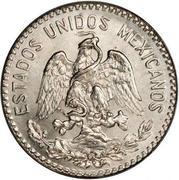 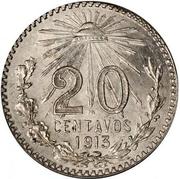 Coat of arms with legend at top and wreath at bottom.

Radiant liberty cap at top. Value at center with mint mark at base between 2 and 0. Date under it, supported by wreath.

Comparison between 1907 curve (usually looks like a double-punched date, probably due to a corrected or re-used die) and straight (clean hit with 7 as two lines in perfect angle) variants: 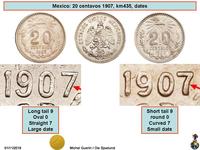 Bullion value: USD 2.90 Search tips
This value is given for information purpose only. It is based on a price of silver at 725 USD/kg. Numista does not buy or sell coins or metal.