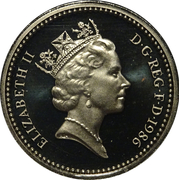 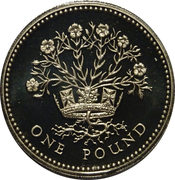 In 1986 the Royal Mint released the third one pound coin in the 'Royal Diadem' series, it was issued as part of the Annual Coin Sets in both Brilliant Uncirculated & Proof versions. 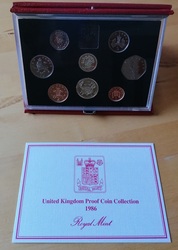 This Leslie Durbin reverse design was repeated one more time on a second edition in 1991, again issued as part of the Annual Coin Sets for 1991, in both Brilliant Uncirculated & Proof versions. 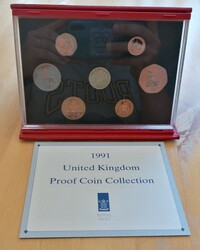 There is an error for this type without edge inscription. The example shown in the image below is part of a BU set. The one pound coin is on the left in the foreground. Behind it is the two pound coin with part of its edge lettering visible.