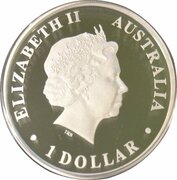 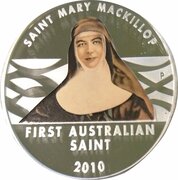 Portrait of Saint Mary MacKillop with text above and below

Mary was born in Melbourne in 1842 and died in 1909. She was beatified by Pope John Paul II in 1995 for the miraculous cure of a dying woman. In December 2009 The Vatican recognised a second miracle by Mary MacKillop and she was canonised as a saint on 17th October 2010 by Pope Benedict XVI and is now formally known as St Mary of the Cross MacKillop. She is the first and only Australian to be recognised by the Catholic Church as a saint.