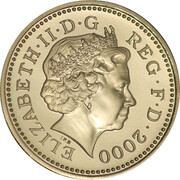 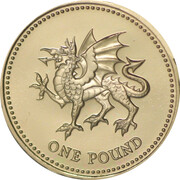 A Welsh dragon passant above denomination.

The Norman Sillman heraldic emblem of the 'Welsh Dragon' reverse was originally introduced in 1995 with the Maklouf third portrait on the obverse.

This second edition was issued for circulation and can also be found in the Annual Proof and Brilliant Uncirculated sets. While also being struck in silver proof, reverse frosted proof and piedfort. 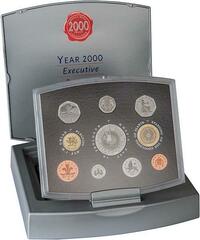