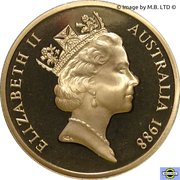 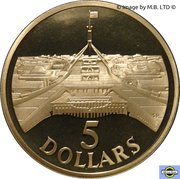 Image of New Parliament House in Canberra with the Australian Flag flying high above.

They were issued in 2 types of similar packaging, a sealed cellophane type, and a PVC flip. Because they were so easy to obtain from any Commonwealth Bank branch and quite special at the time these were collected and talked about, sparking interest in collecting that has spanned decades. 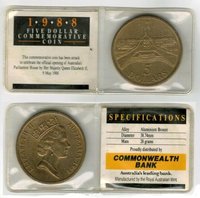 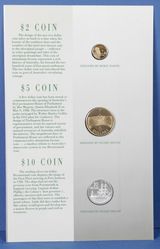 A Proof version of the coin was issued in a capsule in a greyplush case set ina white box with a certificate. 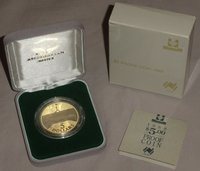 A few were released in a limited edition AGC Presentation Box as part of a special mint run for the Australian Guarantee Corporation.

A Sterling Silver (.925) version of the coin was also released in a plush box.