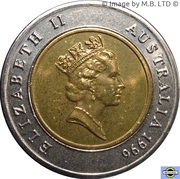 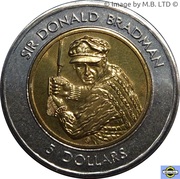 Australia's second NCLT Bi-metallic coin was struck by the RAM in Tribute to Sir Donald Bradman, recognised as the greatest Cricket Batsman to ever play the game.
The 1996 dated coin was released by the RAM in a credit card type holder in a plastic wallet and also by the Westpac Bank  in a special outer case sleeve. 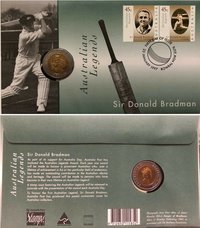 Members from this site want to exchange it: brismike, hambi, hobby, chethan2202