To be deleted from catalogue 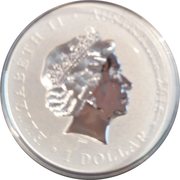 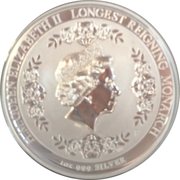 An incused version of Ian Rank-Broadley effigy of the Queen surrounded by a pattern of Tudor Roses.

Technical Note:
The intaglio is an artistic technique commonly associated with sculpture, whereby an image is created by cutting, carving or engraving into the surface.