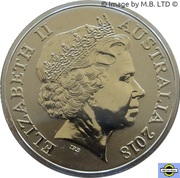 To the left a pad printed depiction of Snugglepot & Cuddlepie the two Gumnut Babies. To the right raised impressions of a twig of Gumnuts. Above them the denomination

Released as part of a two coin set in a book type case by the RAM this NCLT $1 coin commemorates 100 years of Treasured Australian Childrens stories. 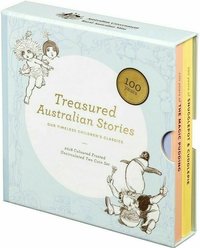 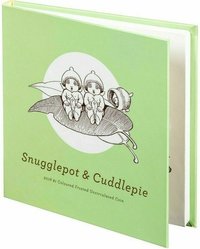 This particular coin relates to the story of "Snugglepot & Cuddlepie" which was written and illustrated by May Gibbs in 1918. The story is about the adventures of two Gumnut Babies who long to see a human. Gibbs' uniquely Australian tale still enchants young readers today.

The coin was also released by Australia Post in a PNC. (7,500 Copies)