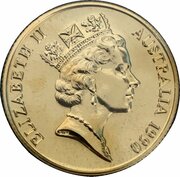 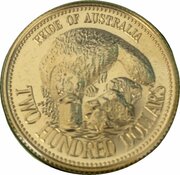 The 1990 $200 Pride of Australia Gold Proof Coin Themed Platypus was struck by the Royal Australian Mint, and came housed in a stylish presentation case.

Bullion value: 573.22 USD Search tips
This value is given for information purpose only. It is based on a price of gold at 62,510 USD/kg. Numista does not buy or sell coins or metal.