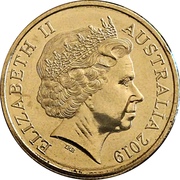 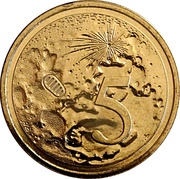 Released by the Royal Australian Mint in the 2019 Mint and Proof Set is this Commemorative 5 cent coin. Celebrating 50 years since Apollo 11 landed on the moon on 20th July 1969. 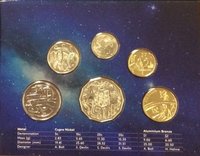 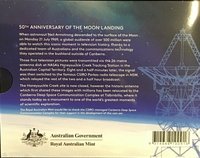 Both the Mint and Proof sets feature two unique coins, this 5 cent coin depicting the lunar landing site on the Sea of Tranquility, and the $1 coin depicting the historic NASA Honeysuckle Creek antenna in the ACT which was used to capture the first 8 minutes of the television images transmitted around the world to an audience of over 500 million people.

The coin has also been released in a Two Coin Australia Post PNC (with a Commemorative $1 coin) by Australia Post (7500 Copies). 500 Copies were available with a special Overprint at the ANDA Melbourne Money Expo Show. 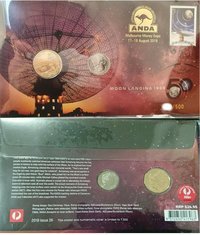