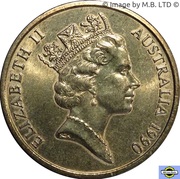 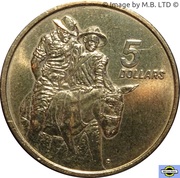 This NCLT $5 Aluminium-bronze coin was minted by the RAM in 1990 to commemorate the 75th anniversary of the ANZAC contribution to World War 1. It was issued in a coincard in UNC finish and in a cased Proof finish.

A special two coin Proof Set was issued that included a New Zealand $5 coin from the same year. Mintage 3,061. 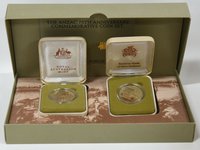 Members from this site want to exchange it: Storm, zdravko