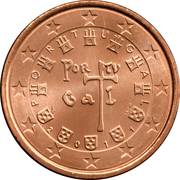 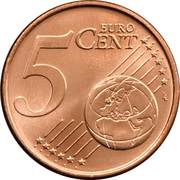 The first royal seal of 1134 of Afonso Henriques, the first king of Portugal, is encircled by alternately the seven country's castles and the five coats of arms, which appear an the Portugese flag, and the letters of the word "PORTUGAL", themselves encircled by the twelve stars of Europe

From 2011 onwards the design of the Observe changed to display more thin and delicate lines and motifs, this can be seen in the following image below (comparison between 2010 design, and the new 2011-present one): 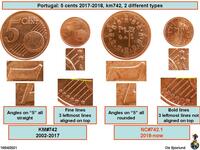