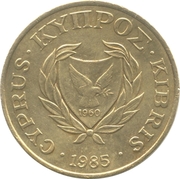 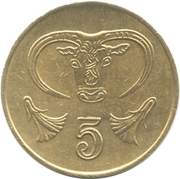 Shows an exhibit to be found in the Cyprus Museum in Nicosia. It is a fourteenth century B. C. silver bowl with wishbone handle. The value 5 below.