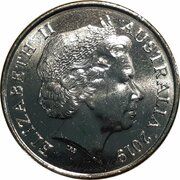 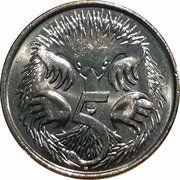 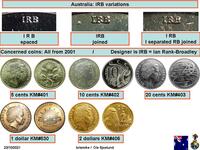 In 1999 the RAM updated the standard Echidna (Spiny Anteater) 5 cent coin with the Ian Rank Broadley 4th Portrait of the Queen on the Obverse. The coin has also been issued in Uncirculated & Proof Year Sets, WMF Berlin Money Fair Sets, and various Baby Uncirculated & Proof sets. The last year this coin was released into circulation was 2019. From 2019 the Jody Clark 6th Portrait of Queen Elizabeth II has been used on the 5 cent coin. (Both 4th & 6th Effigies were issued in 2019)

A spectacular error coin was issued into circulation in 2007 when Double Headed coins were accidentally issued. It is not known how many were released but quite a few have been found.

Fine Silver (.999) Proof versions of the coin have been released in Fine Silver Proof Sets from 2003