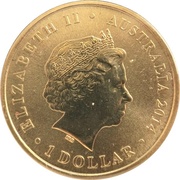 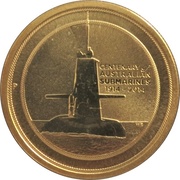 A submarine rising from the depths of the ocean, set against an ominous cloudy sky.

Struck by the Perth Mint but issued exclusively by Australia Post in the Centenary of Military Aviation & Submarines 2 Coin & Stamp Cover PNC.