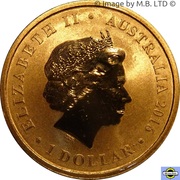 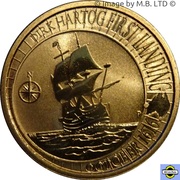 The view through a telescope of Dirk Hartog’s boat, the Eendracht, sailing across the ocean aside a compass rose. A map of Australia to the right.