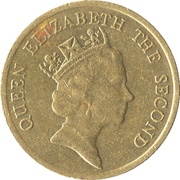 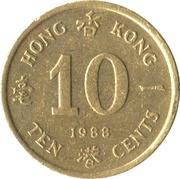 Denomination with lettering around