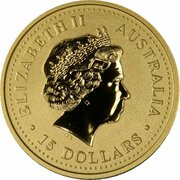 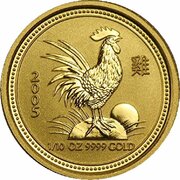 Rooster facing right, Chinese character for Rooster to the right 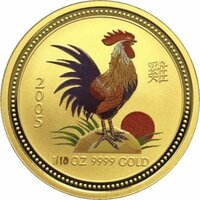 Colourised version of the coin.