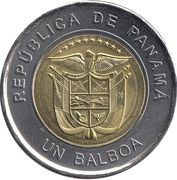 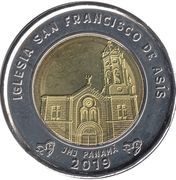 Coat of arms of Panamá

The Saint Francis of Assisi Church was built in the late seventeenth century, but the fires of 1737 and 1756 brought the work to a close and later with the expulsion of the friars the church was abandoned next to the convent. In 1918 work began that completely changed the facade and style of the church as it is currently seen.

The XXXIV edition of the World Youth Day of the Catholic Church was held in Panama from January 22 to 27, 2019. It was the third WYD that took place in Latin America, after Buenos Aires 1987 and Rio de Janeiro 2013.