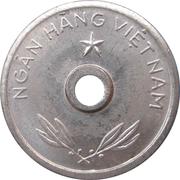 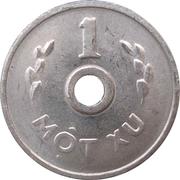 A star and a juniper-like plant with legends around.

Grains of wheat with the denomination.

*  This coin was issued by the revolutionary Provisional Government of South Vietnam, which ruled South Vietnam from defeat to North Vietnam in April 1975 until unification in July 1976. It is very similar to the 5 xu used by North Vietnam since 1958. 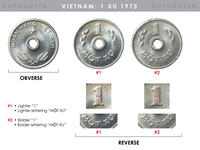