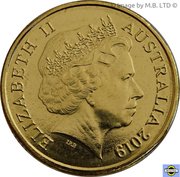 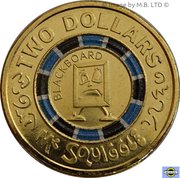 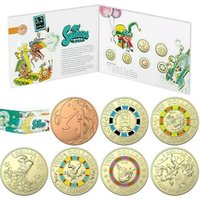 The Mr Squiggle Television series is celebrating its 60th Anniversary in 2019.
This particular $2 coin depicts one of Mr Squiggle's friends  "Blackboard".