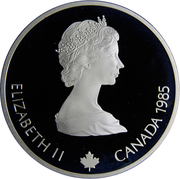 A speed skater in a curve