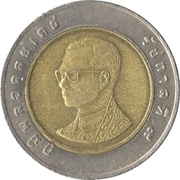 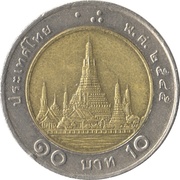 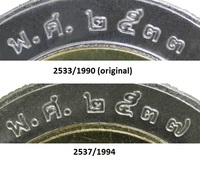 
The 10 baht baht coins minted with 2533 (1990) were made for a coin exhibition in England to promote the fact that the 10 baht coins would now be the only 10 baht denomination. 10 Baht banknotes would not be produced after that. See the attached link from the Bangkok Post.

» Buy coins from Thailand at eBay