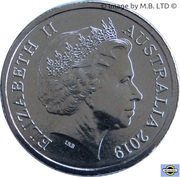 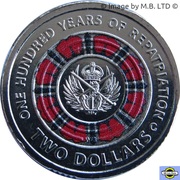 This coloured Aluminium-bronze "Lest We Forget" Commemorative $2 coin was released by the RAM on 10th April 2019. It has been released into general circulation. A Carded Mintmarked "C" UNC version was also released.

Australia Post has also released a PNC limited to 7,000 copies with the non-mintmarked coin. 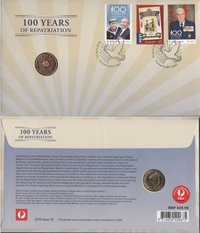 Throughout 1919, tens of thousands of soldiers and nurses returned to Australia from the First World War, many of them with severe psychological and physical wounds. Adjusting to civilian life was often a huge challenge.
The newly established federal Repatriation Department provided war pensions, health care, education and training, employment, housing, soldier settlement, and commemorations.
A century on, the Department of Veterans' Affairs (as it is now known) still provides vital support and services to nearly 300,000 serving and ex-serving men and women and theirfamilies.