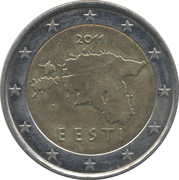 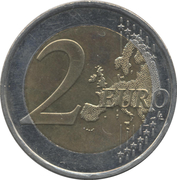 Coins from 2018 have larger stars that are closer to a small map.