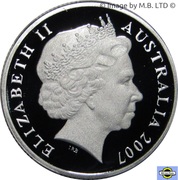 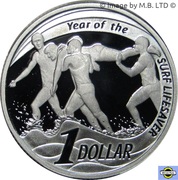 Four Lifesavers carrying a person from the surf. 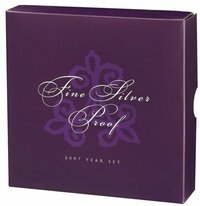 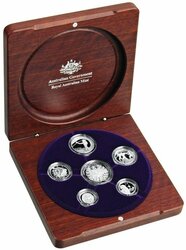 An Aluminium-bronze version of this coin was issued in the 2007 Proof Year Set. None were released into circulation. It was not included in the UNC Year Set, WMF Set  or either of the Baby Year Sets.

The actual coin commemorates the modern Australian life saving movement which began in 1907 when the NSW Surf Bathing Association was founded. Today, generations of Surf Livesavers, both volunteers and paid clubs, watch over our social activities on Australia's beaches keeping the community safe in the water. The surf lifesaver has become a symbol of Australia's identity.