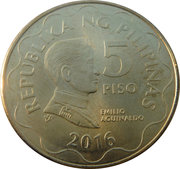 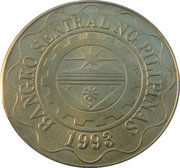 This coin was NOT minted in 1993. "1993" marks the year in which the current series of Philippine currency was inaugurated.
Engraver's monogram is under the shoulder of portrait: 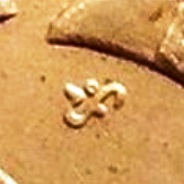 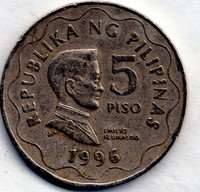