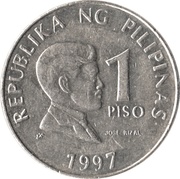 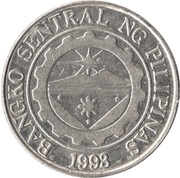 Head of Jose Rizal facing right, value to the right.

Translation: Republic of the Philippines.

Translation: Central Bank of the Philippines.

» Buy coins from the Philippines at eBay