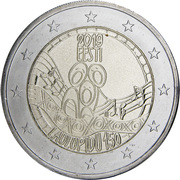 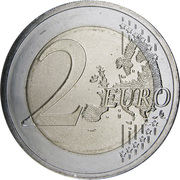 150 anniversary of the Festival of the Song of Estonia

The design is inspired by the Song Celebration procession, which moves like the waves on the sea with cheers of pride and joy and a panoply of national dress. The design unites music, national costumes, and the various sites of the great and powerful Song Celebration of the nation by the sea. The design also features the first notes of the Estonian national anthem and, at the bottom, the words ‘Laulupidu 150’ (Song Celebration 150). At the top is the year of issuance ‘2019’ and underneath the name of the issuing country ‘EESTI’.
The coin’s outer ring depicts the 12 stars of the European flag.

Eesti Pank, children’s television program Lastejaam and the Estonian Song and Dance Celebration Foundation invited children under 19 to send drawings for this coin. More than 8000 children participated in which 8 designs were put up for a public vote. The public vote was held over three weeks and was won by 15-year-old Grete-Lisette Gulbis from Tõrva in south Estonia. 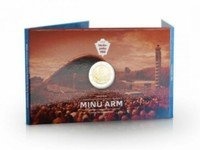