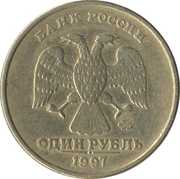 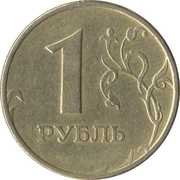 In the centre - the Emblem of the Bank of Russia (the two-headed eagle with wings down), denomination; the year of issue and the mint trade mark.
NOTE: Mintmark under right claw