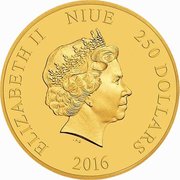 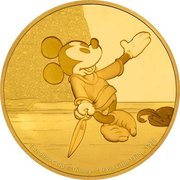 Series: Mickey Through the Ages

Mickey Mouse as a tailor. This story is taken from the animated short film in 1938 US production of Walt Disney Productions and released by RKO Radio Pictures. Cartoon is an adaptation of a fairy tale The Brave Little Tailor with Mickey Mouse in the title role.

Bullion value: 1 864.62 USD Search tips
This value is given for information purpose only. It is based on a price of gold at 59 961 USD/kg. Numista does not buy or sell coins or metal.