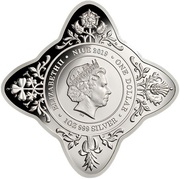 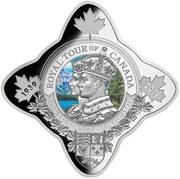 Floral symbols of the United Kingdom: The rose (England), thistle (Scotland), leek (Wales), and Shamrock (Ireland), along with an effigy of HM Queen Elizabeth II