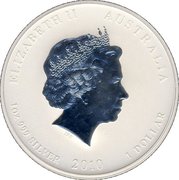 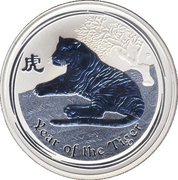 A Tiger at rest, Chinese symbol for Tiger to the left. 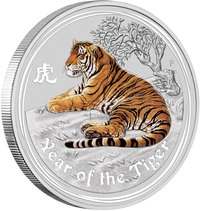 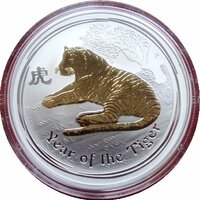 Members from this site want to exchange it: Don pep, DelticDave

Bullion value: 23.70 USD Search tips
This value is given for information purpose only. It is based on a price of silver at 762 USD/kg. Numista does not buy or sell coins or metal.