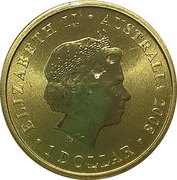 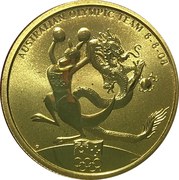 Minted by the Perth Mint and issued in a PNC by Australia Post this NCLT coin commemorates Australia's participation in the 2008 Beijing Olympic Games. (PNC Issue 4 of 2008)