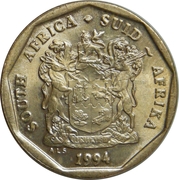 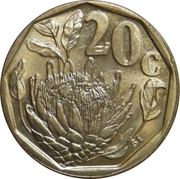 South Africa coat of arms with the motto "Ex Unitate Vires" (Power Through Unity). Country name both in English and Afrikaans