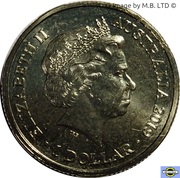 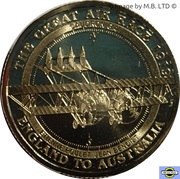 A depiction of a Caudron G4 Aircraft superimposed over a compass. 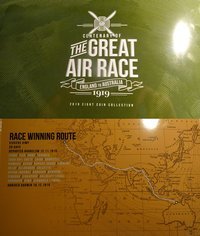 This particular coin depicts the aircraft flown by charismatic Frenchman Etienne Poulet. He was not eligible to win the £10,000 prize, but he was very capable of stealing the glory. In a very tiny Caudron G.4 biplane with twin 80hp engines, Poulet and his mechanic Jean Benoist made it all the way to Burma before Ross Smith's Vickers Vimy finally overtook them. Smith and Poulet made a pact to fly on together over uncharted territory to Bangkok, but a series of engine woes ended the Caudron's race in Burma. This is the front & back of the coincard it was issued in.