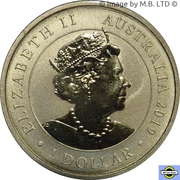 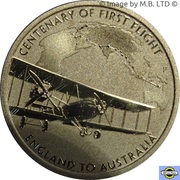 The coin portrays a representation of the Vickers aircraft that made the harrowing expedition and a map of the flight path.

Issued by Australia Post on 1st October 2019 and limited to 9,000 copies is this PNC commemorating the groundbreaking achievement of the first flight from England to Australia, this coin portrays a representation of the open cockpit Vickers ‘Vimy’ aircraft that made the 17,000-kilometre journey in 1919.